Look to the Right (LTTR) is proud to announce that we are now HUB certified by the North Carolina Department of Administration (NCDOA). LTTR has been a 100% minority-owned business since our founding. We are able to provide internet marketing and SEO services in multiple languages so our customers can reach a wider audience. Our diverse team has continued to evolve and adapt to the fast-paced world of internet marketing. We would like to thank our clients again for their trust and continued support.

What is HUB certification?

At LTTR we have always strived to provide the highest quality digital marketing services to the North Carolina community and beyond. We can help your company get the notice it deserves both locally and globally. We provide a variety of top quality internet marketing services in the language you need. You can always trust that LTTR will be:

LTTR is always attentive to our client’s needs. If you need an ad changed for your pay per click (PPC) ad campaign or need us to reach out to your customers with our reputation monitoring and management services, you can trust we will get it done right and done quickly.

We have been part of the Raleigh community for well over a decade so you know we are here for you. If you ever have any questions or concerns, you have the ability to contact our founder Noah directly.

LTTR has the tools and experience to provide you with the best quality internet marketing and search engine optimization (SEO) services. Our team is filled with experts in their field. We have web designers/developers, content creators, and SEO specialists who have spent years honing their craft.

If you have questions about any of our services, feel free to contact us. We can help your company design a customized internet marketing strategy to take your business to the next level.

The International Monetary Fund (IMF) recently revised its global growth forecasts for 2018 and 2019, citing an increase from 0.2 percentage points to 3.9 percent.

This recent revision reflects an increased global growth momentum and the expected impact of the recently approved U.S. tax policy changes, as reported by the IMF in its World Economic Outlook report, published just before the World Economic Forum took place in Davos, Switzerland in mid January 2018.

The recent predictions see the corporate tax rate decreasing from 35 percent to 21 percent and are predicted to boost consumer spending and U.S. growth. For business owners, the time is now to take advantage of this global economic growth. The worst thing would be to do nothing, leading to a missed opportunity.

Obstfeld, warned that while there will likely be a cyclical upswing in the global economy, it is still, in fact, cyclical. Therefore, the uptick may be temporary in nature. He went on to state:

“We think that policymakers should not sit back and rest on their laurels (and) think that we’re in a new normal where everything will be great. They have to look ahead and look at the broad range of policies that can make growth stronger, and more resilient” he said.

There is no time like the present to take advantage of this global economic growth!

To date, Bitclave has raised upwards of $25 million (USD equivalent at time of posting).

BitClave  is focused on creating the next generation of decentralized search powered by taking advantage of the privacy and security of Bitcoin technology.

What is Bitcoin Technology?

The blockchain network is a type of online distributed ledger that embeds contracts and transactions in digital code.

A self-auditing ecosystem, the blockchain network reconciles every transaction that happens in ten-minute intervals. Each group of these transactions is referred to as a “block”.

Why Blockchain Technology is Valuable

The blockchain network is incredibly valuable for two main reasons:

Unlike more traditional forms of search engine optimization and paid search, which requires you to pay sometimes large sums of money to various services in order to reach a prospective audience, Bitclave completely eliminates the “middleman,” giving consumers control over their own data.

The search engine is an impressive piece of technology that has served us well over the years and has been dominated by the likes of Google, yahoo! and Bing (to name a few). So, how does Bitclave related to modern day search?

Think of Bitclave as the next generation of search engines, aiming to bring the Internet back to consumers.

The Bitclave ecosystem puts control back in the hands of consumers, giving them ownership of their data and allowing them compensation and added value for this freedom. However, like most things that are associated with a centralized framework, there is a hefty price to pay.

Consider, for example, the fact that more than $500 billion worth of ads are posted with the help of the data from search engines each year and the number is increasing astronomically. [source ]

LTTR: On the Bleeding Edge of Technology

Let LTTR bring your business into the fold of cutting edge technology. We constantly have our finger on the pulse of what works and what doesn’t, what new technology is out there and available, including decentralized web, projects like these that relate to search and other things that relate to advertising such as the Brave Browser .

Contact LTTR today to learn how we can help you grow your business using blockchain-based digital advertising & more.

All of AbleTo’s existing investors, including .406 Ventures, Sandbox Industries, HLM Venture Partners, and Horizon Healthcare Services, Inc. also participated in the round.

LTTR congratulates AbleTo on raising the money for Series D funding, We are proud of our client for doing such meaningful work in the lives of patients.

What is Brave Browser?

According to Eich, online advertising used to be simpler. It consisted of: advertisers, publishers and users. Today, digital advertising has evolved into an opaque and inefficient marketplace. Publishers, advertisers, and users are all being harmed by this system.

Eich points out the average mobile phone bill is going towards all of the bandwidth spent on ads and trackers – up to $23/month, according to the NY Times. Additionally, popular media sites have as many as 70 trackers calling out, using your battery, using up bandwidth and slowing your page load, increasing your data costs.

Users are now trying to protect themselves with ad blocking. It’s on over 600 million phones and desktops, and it’s rising.

Eich and his team realized something needed to be done, and their solution involved a decentralized transparent, digital ad exchange based on the blockchain (Bitcoin Technology).

Brave is implanting this in stages.

The first stage is already in the Brave browser, which blocks ads and trackers but also has a ledger system for rewarding sites based on user attention.

The second phase attempts to move towards a decentralized ad exchange, which involves a new kind of currency for user attention: the Basic Attention Token.

The token is derived from and therefore denominates user attention. Attention is defined, in this sense, as focused mental engagement – on an advertisement – on great content – on whatever the user is looking at.

The browser can anonymously and privately monitor your attention as you view the pages in tabs, and it can do this in a way that is highly accurate and highly private. Eich thinks this is essential to avoiding fraud and “malvertising” problems.

Publishers will be notified when ads are viewed. Users will also get a share for their attention if they choose to receive ads. From that share, they can then donate back to publishers they wish to support. They also see publishers, paid in tokens, be able to use those tokens to reward users to promote their content. And if they like, they can charge for premium content that is paid in tokens.

Recently, CEO of Look to the Right (LTTR), Noah Boswell, was specially selected to be a panel member for the North Carolina Specialty Foods (NCSFA) 2016 Spring Conference, which took place in Raleigh NC on Monday, April 25th. The conference was hosted at the Farm Bureau Campus on Glenwood Avenue in cooperation with the NC Department of Agriculture. 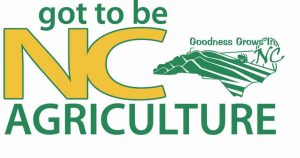 At the conference, the panel answered questions related to:

The panel also be fielded questions and provided insight into: how to effectively grow business – particularly as it relates to B2B customers at large retail chains as well as B2C (new loyal customers).

LTTR was excited to participate in local business discussions at the NCSFA conference with Boswell stating:

I was extremely happy to help Local NC Food entrepreneurs with planning, learning and succeeding with their businesses on the Web.

If anyone from the conference has any questions related to what Boswell discussed, they can call LTTR (at no charge) for additional information.

About the NCSFA 2016 Spring Conference

The NCSFA 2016 Spring Conference is run by the National Association for the Specialty Food Trade (NASFA). NASFA is a volunteer organization that promotes a passion for culturally diverse, specialty food products, while creating high quality brand recognition.